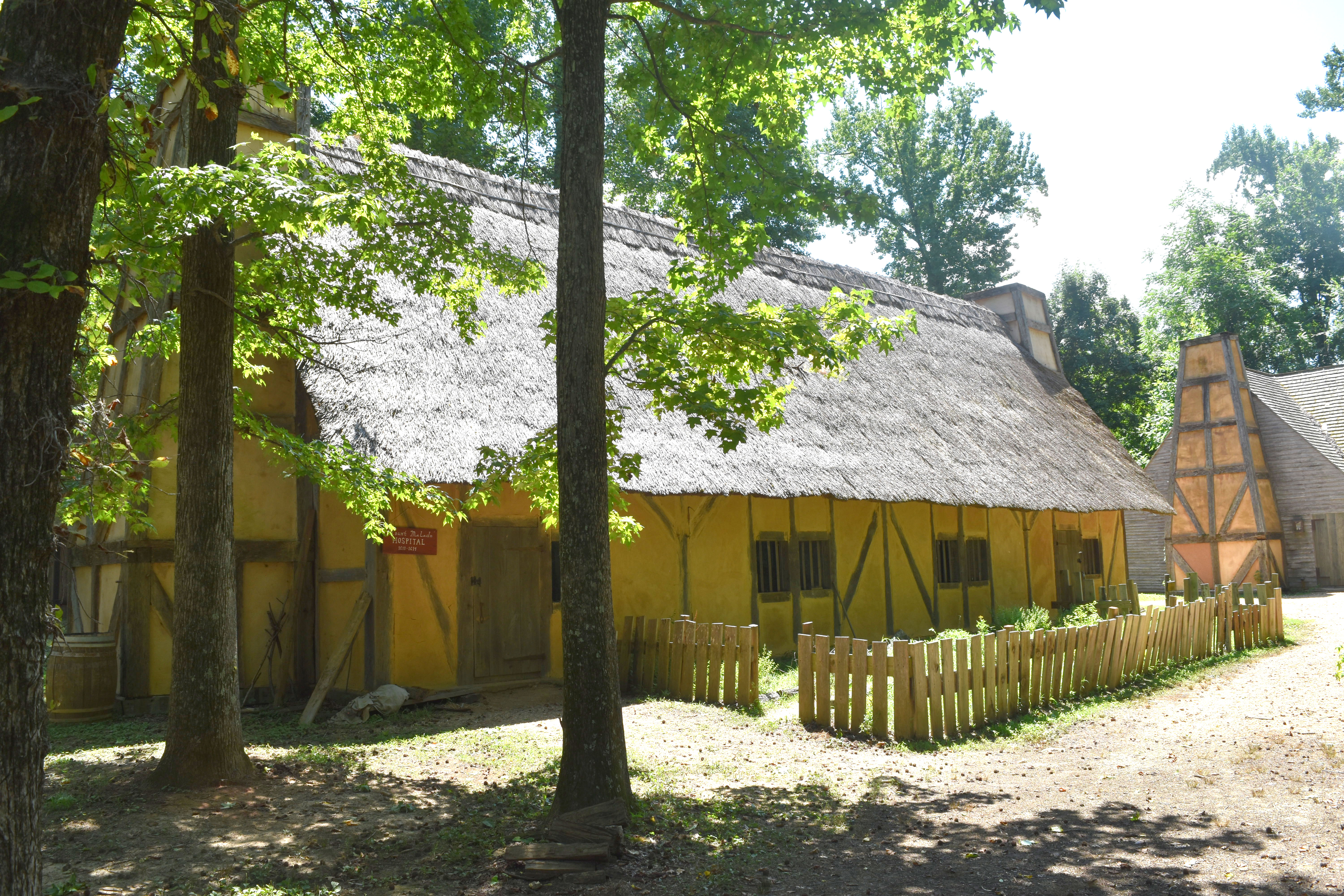 Henricus Historical Park becoming the site of a reconstructed 17th century English hospital was a core passion of Dr. Dennis Morey and Dr. John N. Pastore, D.D.S., both heavily involved in the opening of the park, dedicated in 1986. Both men were prominent leaders in the creation of the Henricus Foundation and wanted to create an environment where not only the contributions of colonists at Sir Thomas Dale’s 1611 settlement be remembered, but where the origins of the Anglo-American medical field can find its roots. The historical 1613-1614 hospital known as “Mount Malado” was the first English hospital in the New World. Visitors can now step inside that building and consider the medical origins of our modern health care systems.
Dr. Dennis Morey was originally from London, England and was a young man when WWII began. He joined the Royal Air Force, soon got a commission, and flew as a navigator on bombing missions against Germany. He was shot down twice and crashed once during his thousands of missions over Europe from 1940 to 1945, yet somehow survived! Following the war, he got his medical degree in Canada from the College of Western Ontario, specializing in internal medicine. He then came to the United States, became a medical school instructor, and later became the chief of staff at Henrico Doctors Hospital. Dr. John N. Pastore, D.D.S. was a native of Bluefield, West Virginia before moving here to Richmond. He was also a veteran, serving in the US Army in WWII and then in the US Air Force in Korea. During his busy life he got various degrees, including a dental degree from the Medical College of Virginia, and became a prominent oral surgeon and leader in the medical community around Richmond. Pastore would chair the original Henricus Foundation when it was acquiring the land of what is now Henricus Historical Park. He even has a plaque with his image next to the door of our visitor’s center entrance!
Both of their historical and medical passions, contributions, and community legacies are being recognized today as well as all the people on the front lines performing essential jobs to help the fight against COVID-19. We thank you!
Written by John Pagano, Historic Site Supervisor

Things That Go Bump in the Night