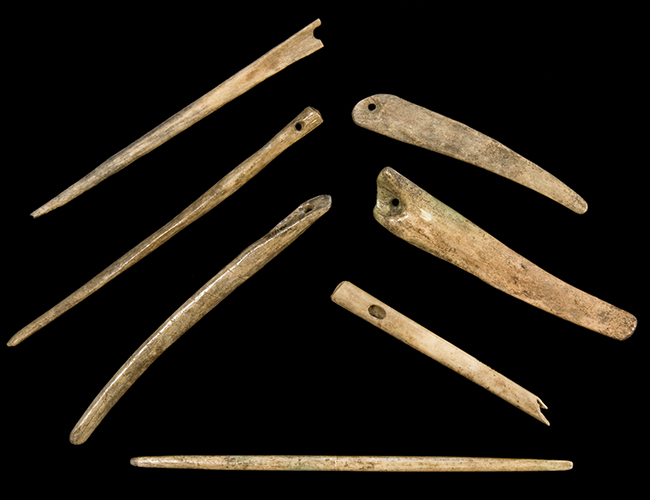 What was the actual process to turn a deer hide into fashion?

The first step in this process was to treat the hides and get them ready to be made into clothing. In 1610 Frances Maguel noted “The natives of this country are a robust, well-disposed race, and generally go about dressed in very well-tanned deerskins, as they understand very well how to prepare them.” The early European explorers in this area rarely commented on the practice of tanning hides however, with the exception of Henry Spelman. Spelman was barely a teenager when, shortly after arriving at Jamestown, John Smith tasked him to live with the natives to learn their language and facilitate trade. When recounting his experiences, Spelman wrote that while women handled the food in the village, “the men doe only hunt to gett skinns in winter and doe tewe or dress them in summer.” It may have been the practice for men to dress the skins in this particular village, but it was a rarity, as we know now that generally women processed the hides in an Algonquian village. The first step to prepare a hide was to remove all of the fat and meat from the underside of the skin. As no metal tools were available, the natives used bone, stone, and oyster shells to scrape the fleshy parts away from the hide. Next, the hair needed to be removed. Turning the skin over, the same tools were used to scrape the hair away. In the tidewater region of Virginia oyster shells were most likely the primary tool as they were abundant and worked well as scrapers. Often the hide would be soaked in water and ash before this process to help loosen the hair.

To tan the hide, the Algonquians removed the brains from the deer and made them into a watery paste, smearing the concoction onto the hide. This transformed the skin into workable leather. Finally, by hanging the hide over a fire or inside a yehakin, smoke turned the hide into waterproof leather, perfect for clothing in all weather conditions. Native women then used bone needles they called “pocohaac” and thread made of sinew, or the muscle tissue of deer and other animals, to sew the clothing together (pictured above).