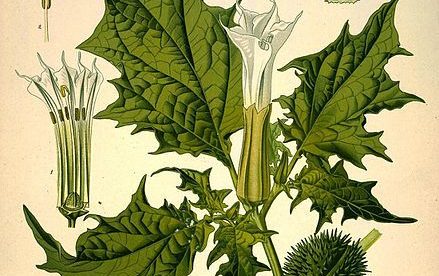 “A Fantasy Possessed Them”

This is the phrase the English colonist George Percy used to describe a strange incident which befell a party of Sir Thomas Dale’s soldiers one night in 1611. While conducting an expedition to the Falls of the James River near present day Richmond, Sir Dale’s troops made camp for the evening. Shortly afterwards, the English soldiers began experiencing strange visions that they were being attacked by Powhatan Indian warriors and were noted as being unable to speak clearly by the Reverend Alexander Whitaker. Both Percy and Whitaker described how the soldiers then began to use “the wrong end of their arms” (the butts of their muskets) and “did fall pell-mell one upon another, beating one another down and breaking one another’s heads.”

The fervor subsided within half an hour, though not until several men had been injured in the fray. The English soldiers then began to realize their error. The Reverend Whitaker noted “as men awaked out of a dream, they began to search for their supposed enemies, but finding none.” It seems from these accounts that the entire incident may have been a collective hallucination, causing the English soldiers to fall into a violent stupor, lashing out against one another indiscriminately.

What could have caused such an extreme reaction amongst the company of English soldiers? The English at the time believed it to be the result of “sorceries and charms” inflicted on them by the Powhatan Indians who lived near the Falls. A more likely answer than magic is that the English troops were exposed to some form of toxic or hallucinogenic plant or herb. Some scholars speculate that the likely culprit may have been jimsonweed.

Datura stramonium is a highly toxic native Virginia plant of the nightshade family. More commonly called jimsonweed, it is known to have hallucinogenic and sedative properties, and may have been used for herbal and medicinal purposes by the Algonquian peoples in early 17th century Virginia. George Percy’s account of this mysterious episode notes that the English troops were “sitting in an Indian’s house” when the incident occurred. Though we can never know for certain, the English soldiers may have naively ingested this strange native Virginia herb from which an even stranger set of consequences was soon to follow.