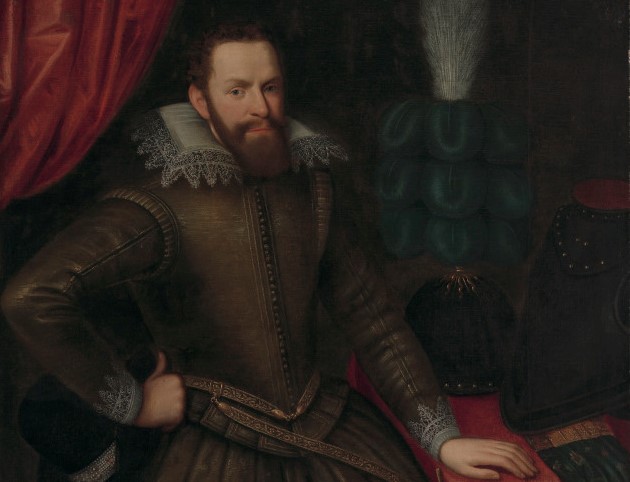 Reverend Alexander Whitaker, the minister of Sir Thomas Dale’s upriver towns, wrote in 1611, “many have died with us heretofore through their own filthiness and want of bodily comforts for sick men; but now very few are sick amongst us – not above three persons amongst all the inhabitants of Henrico.”

The Virginia colony was failing when Sir Thomas Dale and Reverend Alexander Whitaker arrived in May 1611. Jamestown had disease, poor sanitation, bad water, the starving time, cannibalism, and so on. Dale came to Virginia with orders to save it, expand it, and make it work. He did all of that from 1611-1616. How did he improve health, as noted by Whitaker?

After addressing the problems at Jamestown, during the fall of 1611 Dale had 300 or so men build the “Henryco” settlement about 60 miles west of Jamestown. The location had healthy springs and good air.  Every season thereafter more communities, approximately six of them, would be developed and the population spread into smaller and smaller units. With colonists getting new lands to work or manage, fewer and fewer people lived on top of one another, making the living conditions better and outbreaks of disease more isolated. The few physicians in the colony tended to stay close to the leaders and usually would only inspect garrisons. Most colonists, perhaps with assistance from barber-surgeons, would treat each other for seasonal light ailments and injuries. There were a few apothecaries in the colony and many new basic herbal remedies. All of these contributions lessened the deaths from 1611 to 1616, and as noted by Whitaker, sickness and death was much reduced thanks to Dale.

The “High Martial,” as Dale was officially labeled, oversaw all law and enforcement in the colony.  In 1612 Dale enacted the “Laws Divine, Moral, and Martial” which required everyone be held accountable as to how they washed their clothing, where they went to the bathroom, how they kept their houses and yards clean, and more. You would be whipped, surely, or worse. Sanitation was severely considered and adhered to or you paid with your flesh or your life.

What about medical facilities? The first hospital or guesthouse in English North America was “Mount Malado” built by Dale and his men near his “Henryco” settlement. It was established on a hilltop for good air and would be able to house 80 persons. Most likely established for newly arriving colonists as a place to recover from the ship’s long journey or be isolated if disease broke out, Reverend Whitaker said that this hospital and all of Dale’s measures would make it so that sickness in Virginia, per season, would be a fraction of mother country, England.

Finally, through the marriage of Pocahontas to John Rolfe in April 1614, Dale brought a peace and alliance with the Powhatan people, which would mean less fort building, more gradual expansion, and of course, more women to Virginia, which would only increase the help on cleanliness and men adhering to their eventual wives’ household governance on an “ounce of prevention is worth a pound of cure.”

Sir Thomas Dale transformed and established Virginia and did everything in his power to bring health to his people, even if they didn’t like his version of the cure.

Ironically or sadly for Dale, who returned to England in 1616 amidst high praise, would be sent to fix England trade problems from India to China, he would contract the “Bloody Flux” (Viral Dysentery) off the coast of India in August of 1619 and is buried there today.