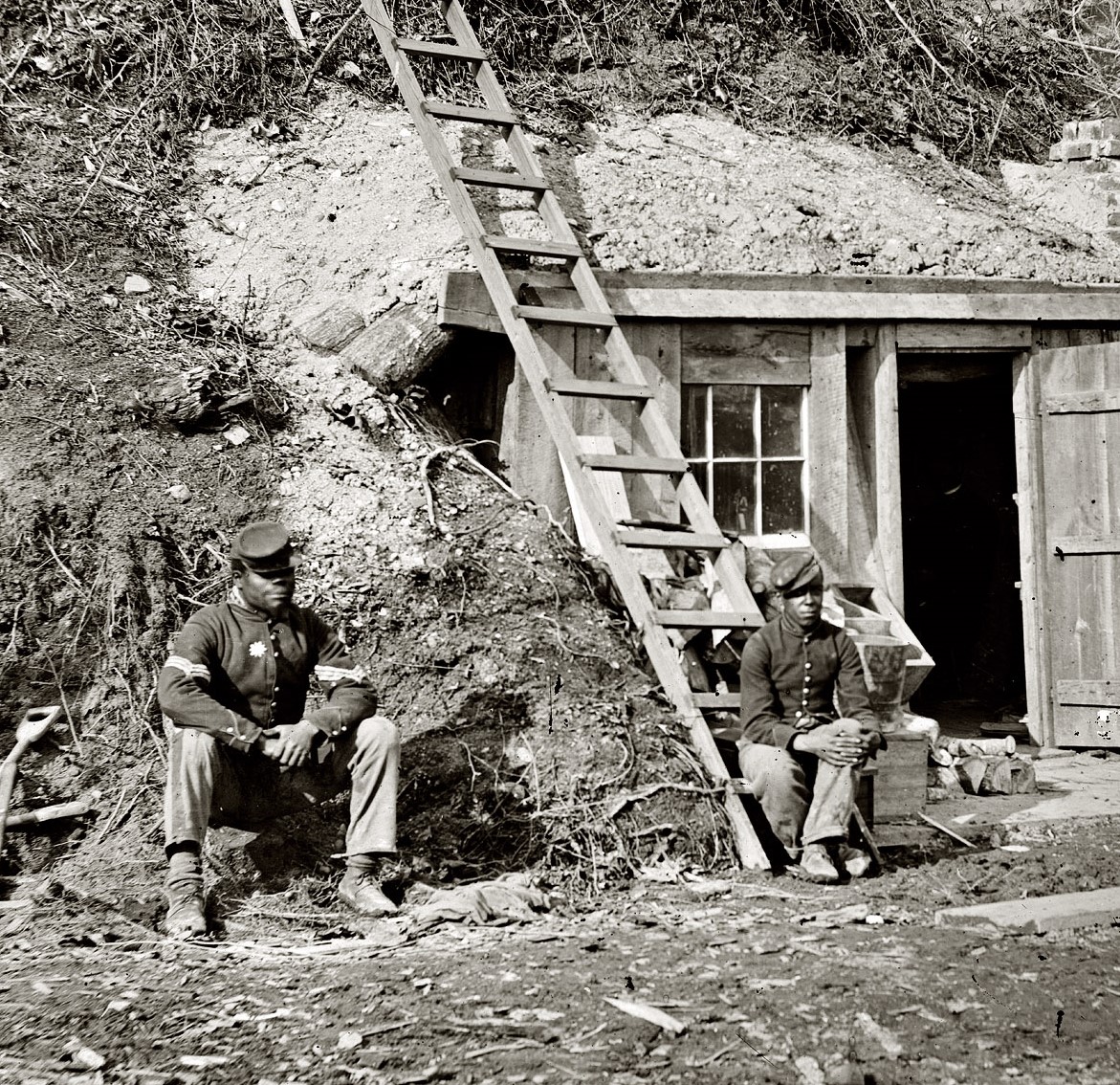 During the Civil War, the commander of the Union Army of the James, General Benjamin Butler, ordered a military canal dug through Dutch Gap to bypass the powerful Confederate States (CS) James River defense location known as Battery Dantzler.  Union troops moved into position on August 9, 1864 and on August 13 the CS Navy and Army unleashed heavy barrages against the position at Dutch Gap, which killed the first Union soldiers. The first six soldiers killed there that day were four soldiers of the 169th NY Infantry, one soldier of the 16th NY Heavy Artillery, and one soldier of the 1st NY Engineers.

Within weeks the garrison would change and the 4th, 6th, 22nd, 116th, and 43rd United States Colored Troops (USCT) would all rotate through Dutch Gap from August 1864 through January 1865. The majority of the soldiers killed at Dutch Gap Canal were soldiers of the USCT. The military canal was finished on New Year’s Day 1865 but was never used by the US Navy.

One newspaper account claimed that approximately 50 men were killed and 200 more wounded while digging the canal – a heavy price to pay for a failed canal. Where were the rest of the dead buried? One official document of the exhumation showed that 25 men were removed from Dutch Gap and buried at Fort Harrison Federal Cemetery.

Henricus Historical Park is built on top of the 1864-1865 Civil War battlefield known as “Dutch Gap Canal” and contains a visible marked graveyard with exhumed graves.  Could these be the graves of those first six men killed?

If the newspaper account was accurate and 25 of 50 were exhumed, are the remaining men still buried at Henricus Historical Park? If so, where?

It's a history mystery.

Commemoration of the 1622 Opechancanough Offensive